No other country seems to lecture EU states as much as Germany. But, embarrassingly, Angela Merkel’s government is in breach of European regulations more than anyone else.

The latest available EU-wide data, which uses figures from the end of 2016, already shows Germany topping the list of violators, together with Spain. And though the ministry’s new figures show a decrease, it’s still 20-percent higher than in 2012. “The government performs badly in converting EU directives into national law, especially in the areas of traffic and environment,” said Mr. Tressel. 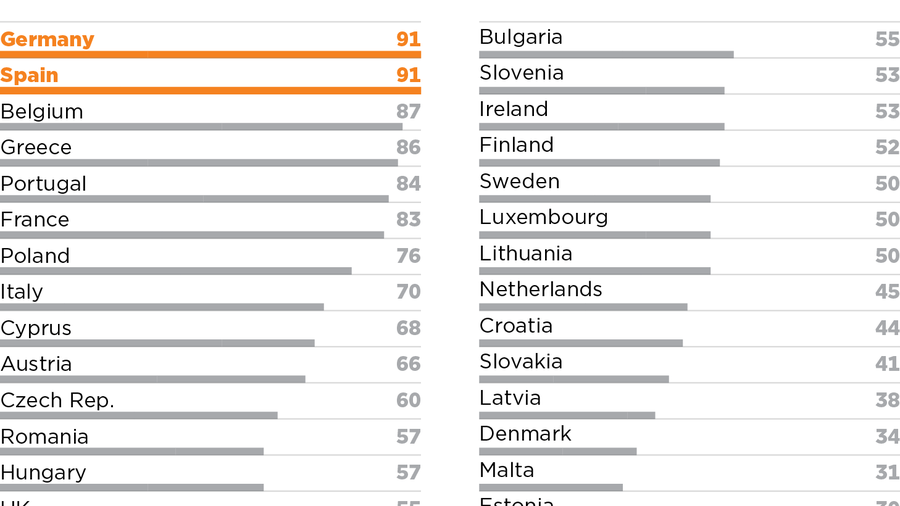 The economics ministry pointed out that the numbers may not be as damning as they first seem. The initiation of infringement proceedings does not necessarily mean Germany is in breach of EU law. The European Court of Justice, or ECJ, has the final say on whether there has been a serious breach. Currently, the top court has only reviewed infringement procedures in 12 of the 74 cases.

Whatever the outcome, other EU nations may experience some Schadenfreude seeing the top number. Germany, after all, has a reputation as a rule-abiding nation, where procedures and diligence can take precedence over flexibility and innovation. When it comes to implementing new laws, the figures seem to suggest the country suffers from inertion or sloppiness.

European partners will also recall some German finger-pointing. Former finance minister Wolfgang Schäuble, for instance, was famous for insisting that Greece must clean up its finances during and after the euro debt crisis from 2010 to 2012. And German Environmental Minister Barbara Hendricks urged Belgium in 2016 to improve the safety of two Belgian nuclear reactors, located close to the German border. Since 2007 it has continuously been in breach of European current-account rules because Germany sells so many goods abroad and its trade surplus is so large — the biggest in the world in fact — compared to economic output.

To a certain degree, the new revelations are a deja-vu of 2003, when Germany was the first country to break deficit rules that apply to all 19 euro-zone countries. Frugal European countries, especially Germany, had been pushing for strict regulations to limit budget deficits and debt levels. When Germany failed to reign in its deficit in the aftermath of the dot.com bust and ensuing recession, it agreed with France the rules didn’t apply.